Mark Lemley of Stanford Law School recently pointed out a problem with clickwraps and other take-it-or-leave-it form contracts. I’ve discussed the same issue in many of our trainings and in my class at UC Berkeley. Clickwraps generally don’t involve any choice for the customer. So they don’t look a lot like traditional contracts. In a recent paper, Professor Lemley says, “[c]ontract law has lost its way,” and he suggests that the law refuse full enforcement:

I propose a presumption that standard form contracts are subject to and cannot vary the default rules of contract law. The parties can vary those rules only by express agreement and only when the parties make an informed choice to do so. Except in a negotiated contract setting between sophisticated parties, that informed choice should require the party offering the form contract to offer a choice between their proposed terms and the basic default rules of contract law. 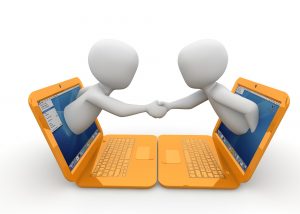 In my UCB classes, I’ve suggested that clickwraps might someday be viewed as corporate policies, rather than actual contracts. Professor Lemley takes a different tack, but the two ideas aren’t necessarily inconsistent.

This is an important issue, but contract-drafters should keep in mind that it’s just a proposal. As of now, clickwraps work — in every jurisdiction I know. Enforcement does have some limits, particularly in B2B contracts. And the old amendment-without-notice system no longer works in many or most jurisdictions. (See Chapter III.R of The Tech Contracts Handbook, 3rd ed., as well as our unilateral amendment sample clause.) But in general, we can expect that when customers execute a clickwrap — after a reasonable chance to review — courts will enforce it.

For more on clickwraps and IT contracts in general, join us for our upcoming Tech Contracts Master Classes, starting in September and again in late October.