Open Source in Software Procurement – 2. When It Matters

This is the second of five posts in a series called Open Source in Software Procurement. Click here for the first/introductory post.

Open source software is software licensed (a) with its source code included and (b) with the right to modify and redistribute. What’s wrong with that? Nothing. Concerns about OSS arise on two fronts. First, some people think it offers less security than traditional commercial software. Second, there’s a flavor of open source called “copyleft” – a.k.a. “viral open source software” – and that does create legal problems, though not for everyone. 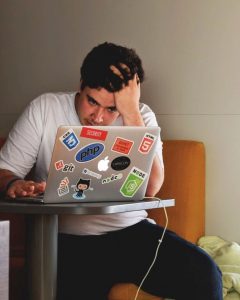 This overworked programmer just added copyleft code to your vendor’s product without telling anyone.

Some professional think OSS is less secure because anyone can see its source code, including hackers. So if your software includes open source code, hackers might know how to hack it.

Many IT professionals dispute that idea. We’ll consider it controversial but still address security concerns under part 5, Security —  to be posted soon. 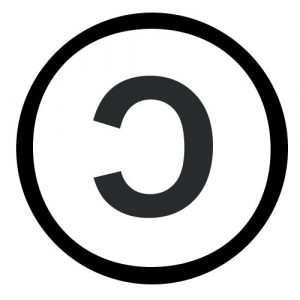 Just to be clear, when I talk about the “licensee,” I mean a company receiving OSS from its vendor, usually as part of a larger product. That company/licensee might not know about the open source license (whether it’s permissive or copyleft). The OSS could be buried in the vendor’s product, along with its license.

Copyleft licenses create more serious risks — at least, for some licensees. “Copyleft” is a play on the word “copyright.” It turns copyright around by requiring freedom to copy, through some unusual license terms. If the licensee redistributes the software, it has to give its customers the source code and the right to modify and distribute. In other words, if you redistribute, you have to use the open source model. (The best-known copyleft license is the General Public license, or GPL, from the Free Software Foundation.)

A side note: it’s actually unlikely that proprietary software could ever be transformed into open source software without its owner’s consent. Copyleft “infection” is more likely to trigger damages for breach of the open source license or an injunction: an order to stop distributing the proprietary software until the copyleft code is removed. So “viral” may be an over-dramatic nickname. Still, no one knows how far the courts might go in enforcing copyleft.

Here’s when copyleft matters to you as the licensee/buyer — and when it doesn’t:

David Tollen is the author of The Tech Contracts Handbook, the American Bar Association’s bestseller on IT agreements. He is an attorney and the founder of Sycamore Legal, P.C., a boutique IT, IP, and privacy law firm in San Francisco. His practice focuses on software licenses, cloud computing agreements, and privacy. And he serves as an expert witness in litigation about those same topics. Finally, David is the founder of Tech Contracts Academy and our primary trainer.