Some intellectual property indemnities exclude claims about IP registered after the contract’s effective date. The tech provider argues that it shouldn’t be responsible for IP it didn’t know about when it created its product — or at least when it signed the contract. “If we couldn’t have known about that IP, it’s not our fault if our product infringes.” That argument doesn’t make sense, and customers should resist the exception. Providers, for their part, should question whether they really need the clause — and if so, try a better justification.

Here’s typical language for the exception:

Indemnified Claims do not include claims, suits, or proceedings alleging infringement of intellectual property rights that were not registered and granted before the Effective Date. 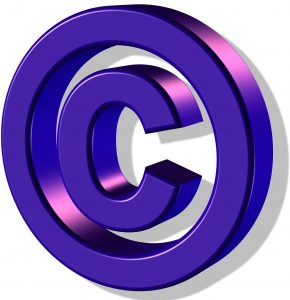 Also, the provider can’t misappropriate or infringe a trade secret or copyright that did not exist when it created its product. You can’t steal a secret — or copy text (software code) — that doesn’t yet exist.

The clause above does work for patents, and so do most registered-after-the-effective-date exceptions. A tech provider can infringe a patent granted after it created its product. (It’s not likely, though. The provider’s product would probably qualify as prior art, invalidating the plaintiff’s patent.)

That, however, doesn’t mean the clause makes sense.

The registered-after-the-effective-date exception arises out of a misunderstanding. IP indemnities do not punish IP infringement. They don’t even to give the customer a remedy for infringement by the provider. (That’s the IP warranty’s job.) So the clause’s justification — infringement wouldn’t be the provider’s fault — just doesn’t matter.

The tech industry uses the IP indemnity to relieve the customer of the burden of IP suits about the provider’s product. It’s the provider’s software or hardware, so the industry has generally concluded that the provider should handle claims that it infringes IP.

That doesn’t mean the provider has no justification for the exception. The provider can justify any limit on its obligations with, “not at this price.” In other words, for the money on the table, we won’t accept this, that, or the other risk.

Obviously, that argument draws an arbitrary line when applied to the registered-after-the-effective-date exception. Why exclude that particular risk? And in contract negotiations, no one wants to hear arbitrary rules from the other side. That’s probably why few contracts include the exception.

Reconsider it — and focus on typical exceptions

Providers should ask themselves if they really need the registered-after-the-effective-date exception. How likely are those claims? And would you really refuse to protect your customer … because of the date the plaintiff filed its patent?

Generally, the provider does better focusing on the more typical exceptions to IP indemnities. For those exceptions, click here and here.