Many tech contracts include terms like the following: “If Customer disputes an invoice in good faith, it may withhold the amount in dispute but shall pay the balance on the date due.” That’s often followed by duties to negotiate in good faith and to keep performing during the dispute. It all sounds pretty fair, and some vendors include disputed payment terms in their standard contracts. But if you’re the vendor, why would you want a clause like that?

With disputed payment terms, you’ve taken an obligation to pay what’s due and turned it into an obligation to pay what the customer thinks is due. Under the clause, the customer does not breach the contract if it withholds your money based on its mistaken belief that you charged too much. The mistake can be careless or dumb, so long as there’s no evidence of bad faith.

Normally, if a contracting party decides not to perform because it thinks the other party’s done something wrong, it takes a risk of breaching the contract. If you decide not to provide products or services because you think the customer did something wrong, you take a risk. Why remove that risk from the customer’s choice about non-payment? Wouldn’t you rather the customer feels worried about not paying — and pays on time unless it’s pretty sure about the overcharge? 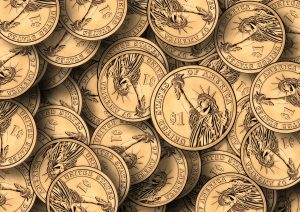 Customers may argue that they need a contract right to withhold fees in dispute. They don’t. If the fees were wrongly invoiced, the customer doesn’t have to pay, even without a disputed payment clause. No get-out-of-jail-free card is necessary.

Arguably, part of the clause benefits you, the vendor: the obligation to pay the undisputed amount on time, despite the dispute. But you probably don’t need a clause confirming that obligation. And if you want to be extra sure, you can do it without giving a get-out-of-jail-free card: “For the avoidance of doubt, a dispute about fees due does not authorize Customer to withhold fees not in dispute. The preceding sentence does not waive any right or remedy of Vendor related to Customer’s failure to pay the disputed amount on time.”

David Tollen is the founder of Tech Contracts Academy and our primary trainer. He is an attorney and also the founder of Sycamore Legal, P.C., a boutique IT, IP, and privacy law firm in San Francisco. His practice focuses on those same topics, and he also serves as an expert witness in litigation about software licenses, cloud computing agreements, and other IT contracts.

Thank you to Pixabay.com for great, free stock photos!